Home Sports Hawks Are Being Taken to the Next Level 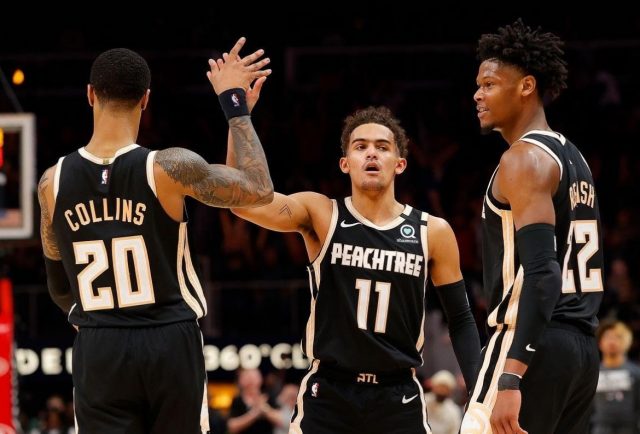 The Atlanta Hawks are currently one of the hottest teams in the NBA, and posted an incredible 11-4 record in April so far, including great victories against the Milwaukee Bucks and the Miami Heat. Even with the injuries of Trae Young, Clint Capela and other seven players in the past few weeks, the team was able to overcome the impact of these injuries and kept the momentum going in the Eastern Conference.

The Hawks started the season under coach Lloyd Pierce, who led the team to a 14-20 campaign at the bottom of the standings in the East. Bogdan Bogdanovic suffered a bizarre injury in the ninth game of the season, Trae Young was struggling to carry the team, and it seemed that the Hawks’ season would be terrible. However, Pierce was sacked, Nate McMillan took over as head coach and made a lot of changes in the rotation, Lou Williams arrived in a trade that sent Rajon Rondo to the Clippers, and Atlanta started to rise in the rankings.

The team now sits at the fifth place in the Eastern Conference with a 36-30 record, and their recent form indicates that a spot in the playoffs is almost certain. Even though gambling in Georgia is not yet legal, the state’s residents can visit here to check the many sportsbooks in the country that rank the Hawks as the favorites to win the Southeast Division with -455 odds. 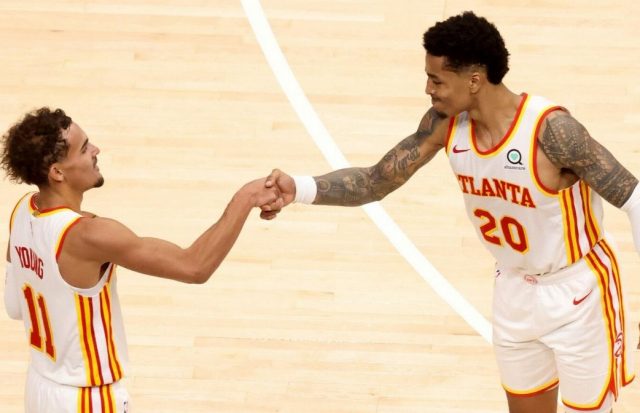 Before the season started, Atlanta looked like a team that would be a major contender in the Eastern Conference, after they had a great season last year. As Trae Young developed into the future of the franchise, and Clint Capela remained one of the best defenders in the league, the Hawks were able to make good moves in the off-season, bringing Bogdan Bogdanovic and Rajon Rondo, and the team seemed set to another good season.

But as the season started, the team’s performances were somewhat uninspiring, and Atlanta was one of the most disappointing teams in the first half of the season. Head coach Lloyd Pierce was unable to get the most out of his players, and his strategic approach was heavily criticized by analysts and fans. After leading the team to a 14-20 start, he was fired on March 1. Nate McMillan was then appointed as his replacement, to serve as interim head coach for the remainder of the season. 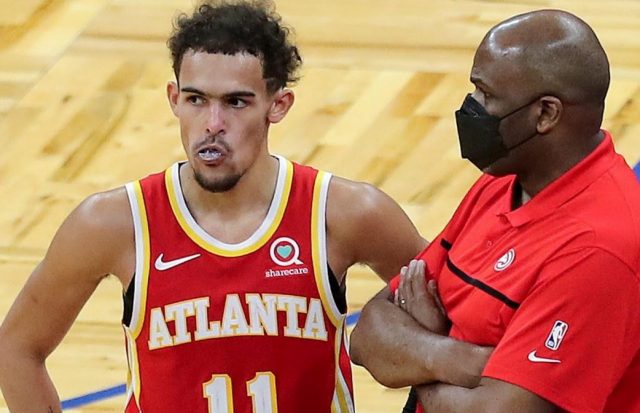 As soon as McMillan took over, he began working to unify the group of players, trying to regain their trust and bring the team together for a quick recovery in the regular season. He made several changes in the rotation, and promoted a much more aggressive style of play, pressuring the ball and closing the paint on defense, and pushing the ball on offense, regardless of the opponent. Following his appointment, the team went on an 8-0 winning streak, including victories over the Heat and the Lakers.

After the win against the Bucks last Sunday, McMillan stated, “Continue to believe that us playing as a fist and us playing connected and tight on both ends of the floor and playing the game the right way will give us a chance to win games, and once again they showed that. [..] I think we can continue to get better.”

When McMillan took the helm, the Hawks were placing eleventh in the Eastern Conference rankings, and in less than one month, he was able to take them to the fourth place and within reach of a home field advantage in the playoffs. Furthermore, he did all that despite the several injuries the team has sustained, and, even after some trades were made by the front office, McMillan managed to keep the team winning. 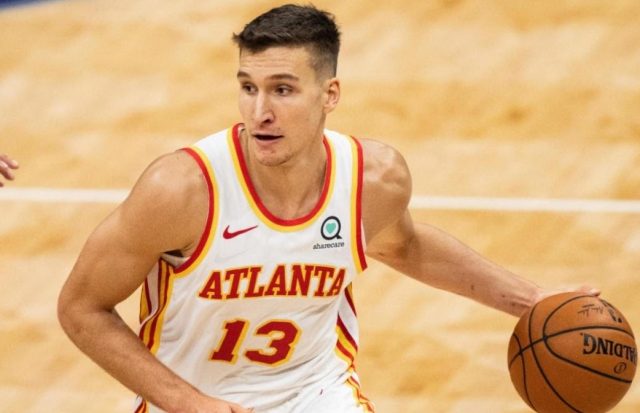 Another important turning point in the Atlanta Hawks season was the return of Bogdan Bogdanovic from injury. He signed a four-year contract on November 24, in what was considered one of the best deals in the offseason, after engaging in negotiations with the Bucks, and was projected to be a starter in the Hawks lineup.

However, at the start of the season, coach Lloyd Pierce was unable to make the best use of the Serbian shooting guard, playing him off the bench as a spot-up shooter, and Bogdanovic struggled to perform at the level he was expected to. On January 9, during his ninth match with the Hawks, against the Hornets, he tripped in the court and landed on his knee, suffering an avulsion fracture that took him out of action until the All-Star break.

He then returned to play in Nate McMillan’s first game as interim head coach, and things started to click. Bogdanovic started to show all his craft, running off screens and pick-and-rolls, throwing no-look passes and scoring efficiently from mid and long range. In his last seven matches, he’s averaging 22.2 points, 4.5 rebounds and 4.5 assists, and is proving to be the best backcourt partner for Trae Young. 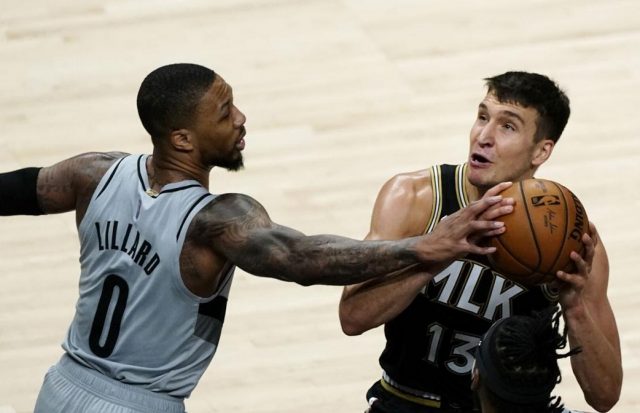 The Hawks now place fifth in the Eastern Conference and are bound to a guaranteed playoff spot. After beating the Wizards on Monday night, in a thrilling game that featured inspired performances by Young, with 36 points and 9 assists, and John Collins, with 28 points and 8 rebounds, the team has only three games left in the regular season. They face the Wizards, Magic and Rockets at the State Farm Arena.

If the Hawks win all of their remaining home games, it should put them in the fourth place, ahead of the Knicks, that are on a hot streak but are currently on a six-game road trip. Behind Atlanta in the Eastern standings are the Heat and the Celtics. Both teams have a tough remaining schedule, and they face each other twice before the end of the season, so the chances one of them overtakes the Hawks in the standings are not that high.