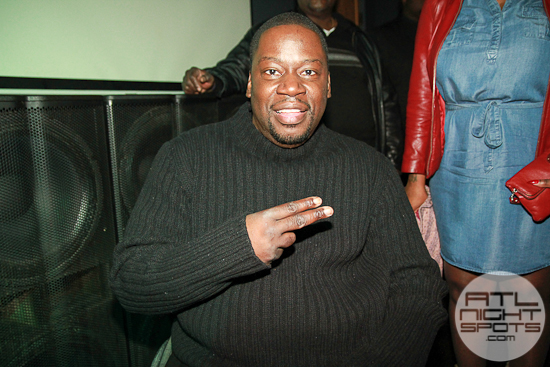 Here is a video from the ANS lost files of Daryl “Chill” Mitchell from the classic movie “House Party” introducing him self at The Game season 6 premiere party at Harlem Nights.

Daryl “Chill” Mitchell’s life changed thirteen years ago when a motorcycle accident left him paralyzed from the waist down.

“I was an actor first before I was a disabled actor. Just because you are standing up doesn’t mean you can act. If they didn’t give a person a chance in a wheelchair to come in there and to prove that they can produce, then I would have an issue with that,”

Mitchell doesn’t want to be given special treatment or to get passed over because he is in a wheelchair. All he asks is to be given the opportunity to audition like any other actor.

“I think a lot of people gave me a shot just out of respect. And when I got in the room, they saw that I was ready to go. I was ready to go to war. So a lot of times roles weren’t even written for me. They changed a whole character just so I could be in the show.”

There’s no mercy when it comes to wheelchair jokes in “Brothers.” Mitchell figures if you don’t laugh you’ll cry, and he chooses humor. He finds when he makes jokes about the wheelchair others are more comfortable.

“People associate the wheelchair with being a liability instead of an asset. So when you come in and let everybody know I am just as human as the next person – I drink, I have se* – then the wheelchair starts disappearing,”

Mitchell found inspiration in actor Christopher Reeve, who was paralyzed from the neck down in a horse-riding accident. Reeve told Mitchell the worst thing he could do was try to deal with his paralysis by himself.