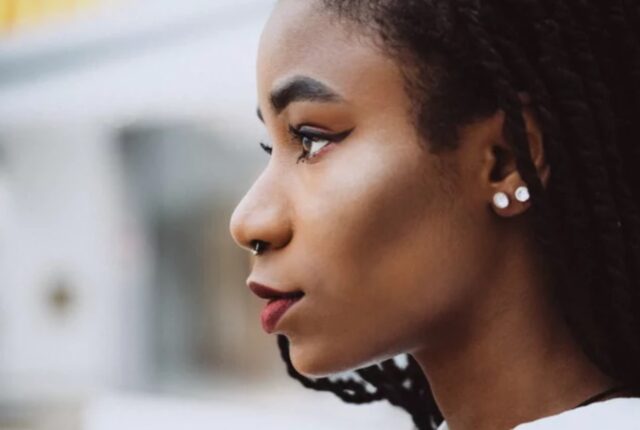 Some people feel like a big change for them is 2 inches of their hair at the hairdresser, others feel like it’s a different frame of glasses, or getting their eyebrows microbladed. Yet, for a growing population of people that ‘change’ is adding multiple colours and designs to their skin, different styles of jewellery to adorn their body, and even scarification.

But where did it start? What are the different types of piercings? How do you take care of them and can you modify those too?

Piercing and body modification dates back to the Aztecs and beyond. There were many rules attached to piercings and adornments of most kinds. They were, in general, used as a sign of military success and social standing. The men of the tribes or settlements would most often have their nose pierced, lips and ears pierced and would be decorated with gold and gems.

In order to show that you were of higher social standing, men and women would stretch their piercings. Often lips and ears would be stretched using wood or bone.

Ear and nose piercings have been customary in many cultures for hundreds and thousands of years. However, nipple piercing rose to popularity in Ancient Rome. Men would have their nipples pierced to show their virility. Surprisingly in the 14th-century women had their nipples pierced as decoration for the plunging necklines of the era.

There was a period where piercings and body modifications became a requirement for those considered lower in society, but the arrival of the 17th century put paid to that notion. And once again, piercings and jewellery were a sign of wealth and the readiness to be married.

The role of piercing and body modification in society has shifted again and is now something anyone can enjoy. To the point that ear stretchers, nose piercings and tattoos aren’t frowned upon or banned from most work environments.

We have come a long way since it was simple ears, nipples, lips and nose piercings. You’d be harder pushed to find somewhere on the body that can’t be pierced.

The ears are the most common starter piercing, and it is incredibly versatile too. Most opt for the lobe, followed by the top of the ear cartilage. After that the conch, tragus, rook and upper lobes. The ear lobe is usually the first place people choose to stretch their piercings too. Starting with a regular healed ear lobe piercing, then using a tapered ear stretching kit to increase the size of the holes. Here are a few more popular options for ear piercings:

Industrial – a bar joining two piercings on opposite sides of the ear.

Lips are a very popular place to get pierced, and there are a number of different lip piercing styles too. The most common lip piercing is the labret, which is just below the bottom lip. The labret is another place that people stretch; however, it is much less common than ear stretching.

The Medusa piercing nestles itself in the space between the nose and the upper lip. The Madonna, Monroe and Crawford piercings mimic the look of an upper lip mole – also known as a beauty spot. Snake bites and viper bites either side of the bottom lip.

Here are some other options:

Dahlia bites – piercings at either corner of the mouth

Angel bites – the opposite to snake bites, situated at the top of the lips on the side

Spider bites – double piercing on the bottom lip to the side

Shark bites – double piercing on either side of the mouth, (a snakebite doubled).

Jestrum – a vertical Medusa starting in the middle of the top lip and exiting the skin the same place as Medusa.

There are so many options for facial and oral piercings, but a few of the most popular are tongue, cheeks, septum, eyebrows as well as some gum piercings. If you want to know more about plugs you can visit customplugs.

There are a number of body modifications that are popular with people who want to make a statement and transform their look into something unique.

Rather than have permanent ink like a tattoo, scarification slices a pattern into the skin and after a few months, the scar will be prominent. It has been used in tribes for thousands of years to have raised designs.

Silicone implants are placed under the skin to give the impression of horns or lumps. However, subdermal implants are available in a range of other shapes and sizes, and can be safely placed almost anywhere.

Giving the impression of a snake tongue. A professional will slice the tongue down the middle and stitch it back up, creating two separate parts. Healing up quickly, and it doesn’t impact a person’s much at all. They can move independently after a short while too.

These are super cool, and make it possible to wear a piece of jewellery anywhere on the body. It is a single point piercing that lies flat on the surface of the body. It is held in place by a dermal anchor that is placed under the skin.

Some of these body modifications are small and subtle, while others are more prominent and detailed. And of course, the cost varies for each piercing and modification. The important thing is to do research into care and only going to professionals for any piercings or body modifications.

Explore The Gems of Egypt

5 Funniest Subtitling Fails Ever Made on Screen

6 Most Popular Crypto Trading Platforms in 2020

8 Home Improvements You Should Make Before You Move In

Startup Management: How to Flourish without Compromising Your Health

5 Great Reasons to Move to Auckland

Why Are Smartphones So Central to Our Everyday Lives?

Explore The Gems of Egypt

5 Funniest Subtitling Fails Ever Made on Screen

©
We use cookies to ensure that we give you the best experience on our website. If you continue to use this site we will assume that you are happy with it.Ok