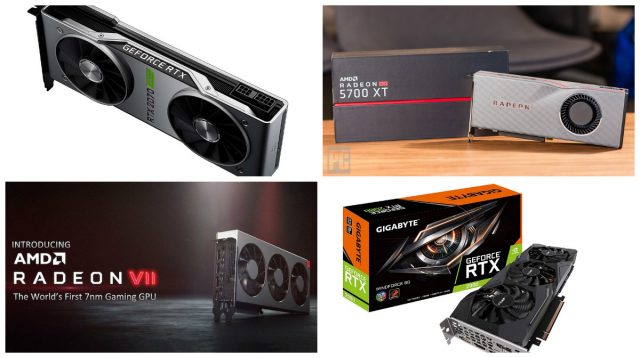 It’s been a few years since 4K busted onto the gaming scene. There was a time when 4K was impossible for a normal consumer. But, today, due to the swift development in both displays and GPUs, this goal has been easier to achieve than in the past. But if you’re a bit bewildered with all the GPU options out there, don’t fret because we have you covered. This brief guide should help you find a GPU that will give you a respectable frame rate, and hopefully under your budget as well.

Nvidia has been the dominant force in the GPU market for a while now. Sure AMD has done a lot of catching up in recent years, but if money is no issue and you need the absolute best performance, this card is the way to go.

The RTX 2080 Ti is Nvidia’s consumer grade flagship. If you’ve saved up the cash, this card will last you a decent while. With 11GB of GDDR6 memory, Real Time Ray-Tracing, 4352 Cuda Cores, and a boost clock of 1635MHz (OC), this is one hell of a powerhouse.

If you have a 4K display and need a lot of frame rate, this is the best performance you can get for now. Sure Nvidia’s own TITAN RTX might be a bit better but is has a “titanic” price as well.

If you would have told us a few years back that an AMD card would be making this list, that too at the 2nd spot, we would have had a nice laugh. Sure, the card below might be a bit more powerful than this one, but based on the value this is the better choice.

The RX 5700 XT is based on AMD’s new Navi architecture. The performance increase and spec bump is definitely admirable. AMD is no longer the default second choice, they’re actually competing fairly well. It has 8GB of GDDR6 memory, 2560 Steam Processors and a Boost clock of 1905 MHz. Long story short, it’s an amazing performer at 1440p and 4K.

If you can deal with dropping down the settings a bit, this card is the best value for a lot of people. Even if you’re gaming at 1440p, it’s still the best option out there. And in case you are looking for something different, something low-profile, you can definitely find it. However, with smaller price, come smaller specs. For more information about such graphics cards, you can click here – the beauty is that the performances of some of these are similar to the aforementioned Radeon!

It almost seems a bit harsh to rank this great card so low on our list, but it is what it is. By all means, the 2070 Super is a decent enough improvement over its predecessor and an absolute beast of a GPU for a lot of people. Sadly, the price to performance ratio isn’t that great if you stack it up against the RX 5700 XT.

8GB of GDDR6 memory, 2560 Cuda Cores and boost clock of 1605MHz, this is a powerhouse through and through. Sadly, it’s just a tad bit better than the card above, which doesn’t make it a great buy. But if you’re absolutely team Nvidia, it’s not a bad buy, especially for 4K.

We wanted to throw in the RTX 2060 Super into this list since it’s a great budget option. But it can’t handle 4K gaming all that well at its stock performance. So we had to settle for the RTX 2080.

At $700, it’s a great performance and is just a bit better than its predecessor to justify the price tag. With 3072 Cuda Cores, 8GB GDDR6 memory and a boost clock of 1815MHz, it can handle most games at 4K. If you want ray tracing and great performance, it’s much better than the 2070 Super. Still, the latter is a better value, so pick your poison.

AMD marketed this as the first 7nm GPU (which it is). Sadly, it just barely falls behind the competition and doesn’t have any ray tracing support.

With 3840 Steam Processors, 16GB of GDDR6 memory and a boost clock of 1800MHz, it absolutely dominates on paper (emphasis on the last two words). It’s a great performer at 4K and is AMD’s return to high-end graphics.

If you care about it, their rivals have ray tracing at a lower price, and they have done it well in some games. If you do need the best performing AMD card though this it, and hey, the reference design looks cool.

In 2022, these are the current-gen GPUs that can handle 4K gaming and do it quite well. If you’ve decided on the RTX 2080 Ti for the best performance, the next thing to do is to pick the variant. Check out the best options on PCGuide now! 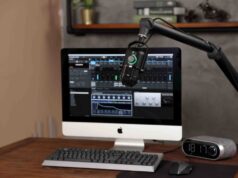 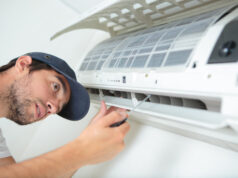 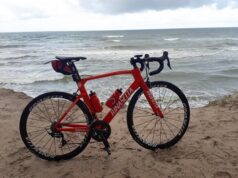