Home Technology What are HTTP Headers? 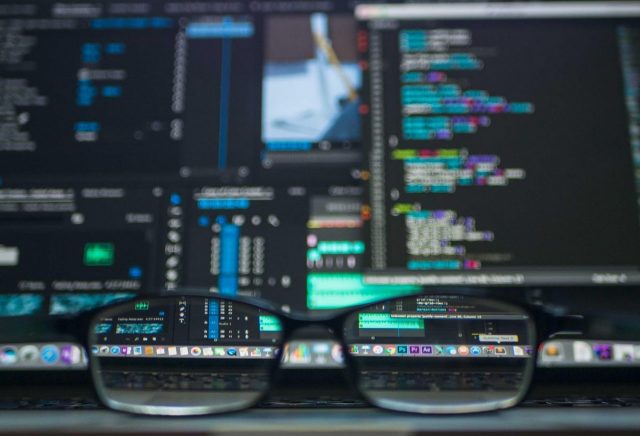 Whether you have technical know-how like a programmer or just a regular surfer of the internet, you’ve most likely come across an HTTP. It is located in a browser’s address bar and starts with this string of letters and symbols – “https://” followed by “www” and the site’s name. For new programmers, the first Hello World script you wrote also sent HTTP headers. In this article, we’ll learn what exactly are HTTP Headers and what their role is when it comes to scraping.  But first, a brief overview.

HTTP is short for “Hypertext Transfer Protocol.” HTTP was established in the early 1990s, and every site found on the internet uses this protocol. Everything you see in your browser, the text, images, videos, etc., are transmitted to your computer via HTTP at incredible speeds. Whenever you open a web page or play a video, you’re sending dozens, if not hundreds of HTTP requests. You’ve also received that amount of HTTP responses simultaneously. Depending on your Internet’s speed, this can take a while or very quickly.

Their Role in Scraping

HTTP Headers have an important role when it comes to data extraction or in other words – scraping. Before we dive into what that is, let’s talk about what exactly scraping, or web scraping is.

Web Scraping is simply the process of utilizing AI bots and software to quickly and effectively extract data and content from a website. It is very different from screen scraping, where only the pixels currently displayed on the screen are extracted. Web Scrapings takes all the HTML code and data underneath the website. Once done, the scraper can then make an exact copy of the website’s content somewhere else.

Because all scraping software or bots are built for one thing – to access and extract a website’s data – it can be very hard to distinguish a legitimate scraping bot from a malicious one. This is why you must be wary of where you get your software from and avoid shady sounding software. Extracting large amounts of data from a website via web scraping can have a huge downside. It can significantly slow down the site and sometimes even cause a server breakdown. This is why plenty of websites block or ban web scraping software and bots from accessing their websites.

HTTP Headers are the main element when it comes to web scraping. Web scrapers utilize HTTP Headers to transfer vast amounts of information via HTTP requests and HTTP responses. You can optimize your use of HTTP headers to ensure that the web scraping process isn’t blocked or restricted.

HTTP headers carry additional content to the web servers. This can mask your automated bot into looking like an organic user. Thus, your requests will have a higher chance of not getting blocked.

Most Important Headers that Interact with Proxies

Headers can be classified depending on how they interact with proxies, once this classification is determined efficient scraping can begin. Before we get into the most important headers that do so, let’s look at what a proxy is.

When it comes to computer networking, a Proxy or Proxy server is an application that acts as a middle-man between the client who’s requesting resources from a web server. A proxy server pretty much asks for the resource from the web server on behalf of the client. Thus, the client remains anonymous from the web server. This is a huge advantage for web scrapers as proxies can significantly decrease the chance of a web scraper from being detected and blocked.

Now that you know what a basic proxy is, let’s look at the HTTP headers that interact with them.

This is a response header used to define the authentication method when getting access to resources while behind a proxy server. The Proxy-Authenticate header pretty much authenticates the HTTP request to the proxy server. It then allows it to transmit the request further to the web server.

This header is especially useful for creating organic user’s behavior. HTTP header referer provides the address of the previous web page before the request is sent to the server. So before starting your web scraping session, set up the HTTP header referer and enhance your chances of over smarting anti-bot measures.

This is a request header that contains the credentials needed to authenticate a user to a proxy server. This is pretty much the user’s ID.

This header allows the user to indicate how the proxy connection is used. They can set a max amount of requests or a timeout. The Connection header needs to be set to “Keep-Alive” for the header to be valid.

This is a response header that allows the user to add extra fields at the very end of chunked messages. These can include a digital signature, post-processing, status, or a message integrity check.

This header is typically applied to a message between two nodes and not on the resource itself. It specifies which form of encoding is used to safely transfer the resource to the user.

If you are interested in optimizing the HTTP headers when scraping, then read more on which HTTP headers for web scraping to configure.

HTTP header optimization is a vital part of web scraping for various different reasons. The main one being that it decreases the chance of a web scraper from being detected and blocked by the target website or server.

Using and optimizing HTTP headers will also help in collecting high-quality and more relevant data for your business. It will ensure that all the collected data is clean and accurate to your business’ needs.

In conclusion, HTTP Headers are a vital part when performing any web scraping process. By not using and optimizing HTTP Headers, you won’t be able to scrape the necessary data from servers. At worst, the web scraper could be blocked from accessing the website, leaving you empty-handed.