Home Casino These Celebrities Are the Biggest Lottery Fans Ever 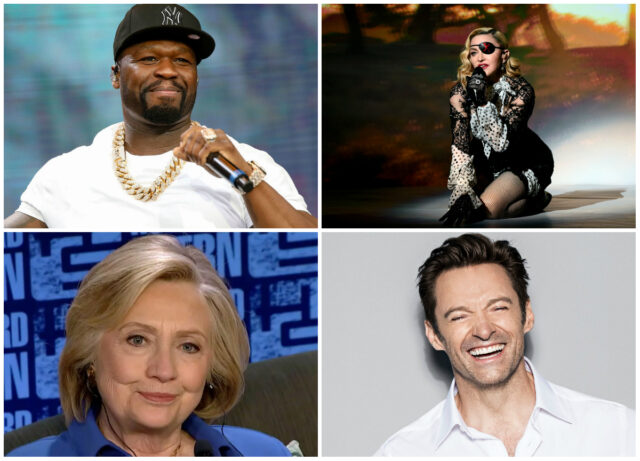 No matter who you are or what you do for a living, playing the lottery will always be something that’s going to take away your attention whenever you see something related to it. It’s in human nature to be attracted to things that can be won easily and without any effort, which is why a lot of people are taking their chances on the lottery.

Although living in these modern times might be a lot better than what life was a couple of centuries ago, there’s something that has a huge impact over the lives of people, and that something is called money. Sadly, for almost anything these days you need money. Even food, which is the most important thing for survival is not free, and this already tells you the importance of these paper bills.

When you have the chance to win so much money by just “investing” a couple of dollars in a playing ticket, would you take it? Of course, and that’s what lottery is all about. Nobody really cares about a few bucks, or even if they do, the will for winning millions often blinds them, and that’s why so many people are purchasing entries for the lottery.
It’s also pretty well-known that no matter how much money you have, you’ll always want more, so in case you were wondering why famous and rich people are still trying to win the lottery, the truth is, you can’t get enough of these valuable paper-bills.

In this article, we’re going to talk about celebrities that are huge fans of the lottery, and since this introduction is already long enough, let’s end it right here and jump straight into the content.

This person is just so fun to watch, and many people are admiring his acting skills and his charisma. After reading this however, you will like him even more. Hugh Jackman was purchasing lottery tickets for the entire crew of the sci-fi film called Real Steel, and this lasted for many weeks as well.

Hugh said that this was because he didn’t really remember the names of the rest of the crew, so as an act of apology and friendliness, he started purchasing lottery tickets as gifts. What an amazing person!

We’re not really sure whether someone from the film crew won something, but Mr.

You’ve all heard about Madonna before, and although she did make most of her fortune from her music career, back in 2012 she reported that she won the lottery and received a prize of $130.000. Believe it or not, she didn’t take a single dime for her back then, and donated all of the money in order to build proper schools in Malawi. Who said that celebrities are not warm-hearted?

There’s just something special about celebrities that are generous, and it always makes you want to appreciate their music even more when you hear about their good deeds.

If you are even slightly into beards or guns… or attractive women, you’ve probably heard about the famous Dan Bilzerian at least once before. Or, if you’ve ever stumbled upon one of his social media profiles, you already know what we’re talking about. Okay, back to the subject. Dan Bilzerian is known as a person who loves to gamble, but the following fact will blow your mind.

About a few years ago, he purchased lottery tickets that were worth over one hundred thousand dollars. What’s even more mind-blowing? He didn’t win. Regardless, this still proves that he loves to play the lottery, and with all that money, not winning was probably not even frustration.

These people probably do it for fun, and to test their luck at the same time. Hilary Clinton said that she bought a ticket for the Powerball draw that was hosted in January. It really would’ve been funny if she won, although we wouldn’t know it unless she decided to donate the money or go public with the information herself. If you are interested in learning more, feel free to visit pengeluaransgpdwlive.com

There isn’t a single football fan on this planet that doesn’t know about Wayne Rooney. He’s a spectacular person and an even better player. What’s more interesting about him? He enjoys playing the lottery on a regular basis.

A fun fact is that he isn’t the one that purchases the tickets, and it is usually his friends that he sends in order to get them for him. According to what he said, being rich doesn’t mean a lot to him, and he still wants to enjoy the thrill of playing the lotto, even though he has millions in his bank account already. Even celebrities have the right to feel like a normal person.

Are you into rap music? If the answer is yes, you know this guy for sure. The famous rapper is known for making some of the best old-school rap albums that are extremely popular nowadays as well. He enjoys playing the lottery, and lady luck also enjoys being near him. A few years ago, he was extremely close to winning the Powerball jackpot.

According to his statement, he had three out of five numbers guessed right. Despite his successful career, winning so much money is still pretty amazing.

He is already very well-known for being an amazing film director, but amongst the gamblers, he’s known to be a very passionate lottery player as well. According to a few reports that he gave to the famous magazine The Guardian, every single week he spends about one hundred dollars on lottery tickets. Woody also said that he is not going to pretend to dislike the finer things in life, and he enjoys being rich and being surrounded by beautiful and expensive things. Can we blame him for it? Nope, not at all.

So, that’s it for today’s list, we hope that you like what you saw on it, and if you are a lottery player as well, we wish you the best of luck in the future.