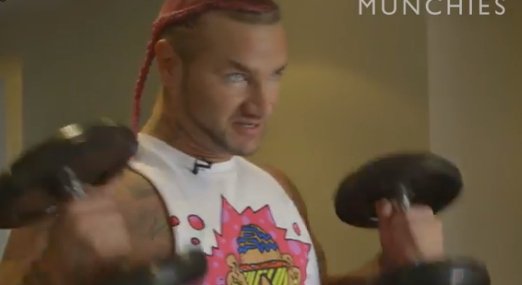 Rapper Riff Raff is on tour-and is set on fueling his body the right way. After a series of dietary mishaps on his road to getting buff, Riff Raff decides it’s time to make a change. He adds a serious workout regimen to his tour schedule and is focused on gainin’ weight and feelin’ great in hopes of becoming 240 pounds of pure muscle. (Soon after we filmed, he announced that he’s training with Hulk Hogan to become a WWE Wrestler.)