Home Environment What Is The Fastest Way To Remove A Tree Stump?

When is a tree gets cut down, we’re left with a reminder that it was once there. That reminder is called a stump. Now, it is up to you to decide whether you want to leave the stump in your yard or not, but we aren’t the biggest fans of stumps.

Sure, they might even look good, but as far as we’re concerned, if you’re removing a tree – remove it all the way.

With that being said, we’re sure you know there are several ways to dispose of a stump. Some of them are fast; some are slow. Some are less invasive; some are more. Therefore, to realize which method to opt-out for, we’ve decided to take a good look at all of them, figure their pros and cons, and once and for all answer the question – what is the fastest way to remove a tree stump?

Why Should You Remove A Tree Stump?

Before we get into different methods of removing a stump, let’s first talk a little bit about why you’d ever want to remove it in the first place. Why not just leave it there, throw a pillow on it, and use it as a chair?

Well, there are three reasons we see to remove it:

Number one – it’s an eyesore. Unless you do a really good job decorating around it or turning it into something somewhat useful (like a chair we mentioned earlier), a stump just looks horrible. It’s a piece of deadwood that’s just there. You can’t move it or do anything with it, so what’s the point?

Secondly, they could very well pose a risk. You could trip and fall, possibly seriously injuring yourself. Also, a stump could start rotting very fast, and that rot could potentially affect the other plants surrounding it.

And finally, it could easily bring the value of your property down. While a stump won’t drive the price down, it will “scare away” potential buyers. Not a lot of people are going to walk into a backyard and tell their realtor, “Finally. A backyard with an overgrown stump. I think this is the one.” No one will. But some of them will say that they’d like to see another place because they don’t want to deal with stump removal themselves.

So, as you can see, stump removal is a logical step following tree cutting.

Ways To Remove A Stump

Now that we’ve gone over why you should do it – let’s take a quick look at some of the many ways to remove a stump.

We’ll go through some of these in a minute, but first, according to the professional consultants over at findlocaltreeservice.com

What Is The Fastest Way To Remove A Tree Stump?

We’ve already named them, but now we want to tell you a bit more about each process of stump removal.

If you have the back for it and are willing to work pretty damn hard for a whole day – manual tree stump removal is a solid option. You’ll need to grab a few tools, like a shovel, digging bar, bow saw, an ax, and a mattock. Of course, safety gear’s a must.

It sounds simple, but it will take hours of work.

Use a chainsaw to cut the stump as low as possible. Then, dig a hole around it, and use a chainsaw to criss-cross slices, sort of like you’d cut a pizza. Only in this case, you’d cut about 6 inches deep. Once you cut out and remove the pieces – cover the hole with dirt. The stump won’t be out – but you won’t be able to see it.

Using chemicals like potassium nitrate is arguably one of the easiest ways to dispose of a stump. All you’d need to do is get a chainsaw and a drill, some chemicals, a bit of garden mulch, and an ax.

You’d start by chainsaw-shaving the stump as close to the ground as possible and drilling some holes in it. Then, you’d fill the holes with water and then add potassium nitrate. After that, you’d soak the ground with water and cover it with a plastic tarp to keep the moisture in. After about six weeks, the stump should become soft, spongy, and easy to remove.

We’re not the biggest fans of this option, especially if you live in a dense neighborhood, but burning a stump gets the job done in just a few days. To burn a stump, you’ll need some safety gear, a chainsaw and a drill, and some kerosene.

You’ll start by cutting the stump short (but not to the ground level) and drilling deep, relatively wide holes both from the top and from the sides to improve the airflow while burning. Then, you’re going to add some kerosene (not a lot of it) and carefully light it on fire. Monitor the fire while it burns, and repeat the process for a few days until there’s nothing left to burn.

Finally, we come to the fastest and most-effective way to remove a stump – grinding. You can either hire professionals to do it for you, or you can rent a stump grinder and do it yourself – whichever one fits you the most.

If you are opt-out for the latter, you’ll need a chainsaw and a stump grinder. As per usual, dig some dirt around the stump and cut the stump as low to the ground as possible. Then, you’re going to place the grinder on top of it, turn it on, and grind the stump until it’s about 4 inches below the ground level. Once you’re done, cover it with soil, and that’s it. Job well done.

As you can see, there are several ways to remove a tree stump. As we’ve said in the beginning – some will be fast, others a bit slower, and some will even cost you a bit of money. However, they’ll all get the job done in the end. 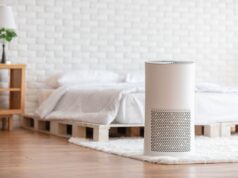 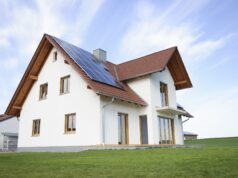 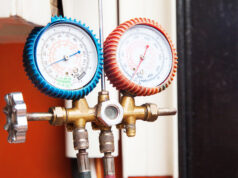 How do I Know if My AC Refrigerant is Leaking? 4 Signs to Keep an Eye On