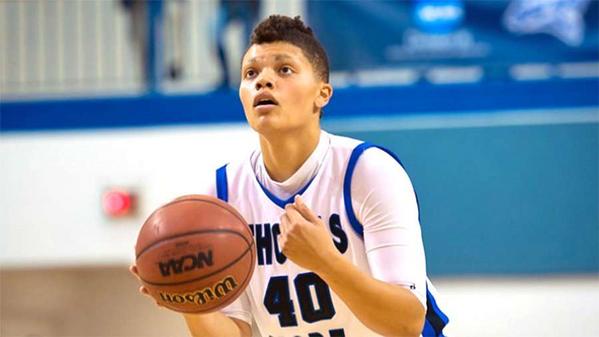 Sydney Moss gets it from her daddy Randy Moss.. her athletic genes that is.Sydney, a 5-foot-10 sopho**re guard at Thomas More College, broke the Division III record for points in a game by scoring 63 on Friday to help her team defeat Waynesburg University by a score of 106-88.

The previous record for points was 61, set by Ann Gilbert of Oberlin College in 1991.