Home App What Is the Purpose of an APK and How to Create It?

An APK, or Android Package Kit, is a file format used to distribute and install application software onto the Android operating system. The purpose of an APK is to provide a standard way for developers to distribute their apps and for users to install them onto their devices.

An APK file is essentially a zip file that contains the necessary files and resources for an Android app, including the Java code, resources such as images and audio files, and the Android manifest file. The manifest file contains information about the app, including its name, version number, and the permissions it requires to access certain features of the device.

How to create it?

You have the option to try creating it on your own for free at https://appsgeyser.com/blog/apk-builder-free/. You have the opportunity to try and build an android app for both business and personal use. With an APK generator of this kind, you can convert any website to an app. Additionally, you can build a social media app, messenger app, book reader, and other things. That’s right, you can build and download APK files even though you do not know how to code.

There is also another way of creating an APK which includes the help of developers and their coding skills. Their job is to first write the code for their app using a programming language such as Java or Kotlin. They can use an Integrated Development Environment (IDE) like Android Studio to help them write and debug their code. Once the code is complete, developers must then package it into an APK file.

To do this, they must first build their code using the IDE. This process compiles the code and generates a compiled version of the app that is ready to be packaged into an APK. The developer can then use the IDE to generate a signed APK, which is an APK that has been digitally signed with a private key. This is necessary for publishing the app on the Google Play Store, as the store requires all apps to be signed to ensure their authenticity.

Once the APK has been generated, the developer can then distribute it to users in a number of ways. One common method is to publish the app on the Google Play Store, where users can search for and download it to their devices. Developers can also distribute the APK directly to users through their own websites or through email.

To install an APK on an Android device, users simply need to download the file and tap on it to initiate the installation process. The device will then prompt the user to accept the permissions required by the app and, once the user agrees, will install the app onto the device.

Benefits of using APKs to distribute and install Android apps

APKs make it easy for users to install apps on their devices. All they need to do is download the file and tap on it to initiate the installation process.

With the Google Play Store, users can easily search for and download apps from a central location. This makes it convenient for users to find and install apps, and it also helps developers reach a wider audience.

APKs are digitally signed with a private key, which helps ensure their authenticity. This helps protect users from installing malicious apps that could potentially harm their devices.

APKs can be distributed through a variety of channels, including the Google Play Store, developers’ websites, and email. This allows developers to reach a wide range of users and gives users multiple options for finding and installing apps.

APKs allow developers to create customized versions of their apps for specific devices or user groups. This can be useful for creating tailored experiences for different users or for testing new features before releasing them to the general public.

APKs are the standard format for distributing and installing Android apps, so they are widely supported by Android devices. This makes it easy for developers to reach a large audience and ensures that their apps can be installed on a wide range of devices.

Additional things to know about APKs

APKs can be downloaded from a variety of sources, including the Google Play Store, developers’ websites, and third-party app stores. However, it is generally recommended to only download APKs from trusted sources, as downloading APKs from untrusted sources can pose a security risk.

APKs can also be sideloaded onto an Android device, which means they can be installed without going through the Google Play Store. This can be useful for testing apps or for installing apps that are not available on the store. However, it is important to only sideload APKs from trusted sources to avoid installing malicious apps.

Some APKs may require specific permissions to access certain features of the device, such as the camera or location services. When installing an APK, the user will be prompted to accept the required permissions. It is important to carefully read and understand the permissions being requested before accepting them.

APKs can be decompiled and modified by malicious actors to create modified versions of apps that can be used to spread malware or steal personal information. It is important to only install APKs from trusted sources to reduce the risk of installing a modified app.

In summary, the purpose of an APK is to provide a standard way for developers to distribute their apps and for users to install them onto their Android devices. To create an APK, developers write their code, build it using an IDE, and then package it into a signed APK file. This file can then be distributed to users through the Google Play Store or other means and can be installed onto a device by tapping on the file and accepting the required permissions. 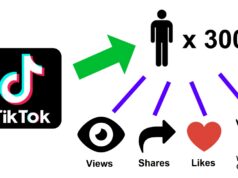 Is It Better to Have More Likes or Views on TIKTOK?