In addition to representing the brand on the international stage, LeBron will collaborate with Audemars Piguet to create a very special limited-edition watch. LeBron has decided to donate the proceeds from any future auctions of his timepieces to his namesake charity, the LeBron James Family Foundation and its children’s related activities. This partnership is another chapter in Audemars Piguet’s long-standing tradition of philanthropy.

Audemars Piguet is delighted to announce the appointment of Lebron James as the new global brand ambassador. Audemars Piguet, the world’s oldest watch manufacturer still in the hands of its founding families has chosen LeBron for his commitment to excellence, skilled technique and unwavering generosity – values shared by these two legends. 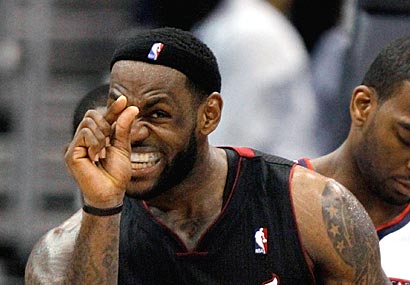 In other LeBron biz news…

According to Jason Whitlock from foxsports.com:

Parlaying a relationship with entrepreneur Jesse Itzler into co-founding a dissolvable energy strip qualifies as unique.

LRMR owns a third of Sheets. Suite 850, Itzler’s company, and business whiz Warren Struhl own the other two-thirds.