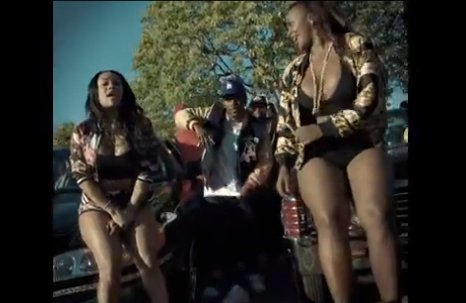 Kendrick Lamar sure knows how to make a splash and on Wednesday (April 1), the TDE MC proved it by unveiling the music video for “King Kunta” in the middle of Times Square, in New York starring Briana Bette & Lira Galore.

The clip premiered on the Beats billboard at the Marriott Marquis Hotel on 46th Street and Broadway. Beats organized the premiere and fans who gathered to watch it were able to hear the song thanks to a Beats Pill speaker that was set up on the sidewalk.