Fans watching Game 7 between the Chicago Bulls and the Brooklyn Nets may have noticed Joakim Noah celebrating after the game with a young woman wearing a Bulls jersey.

As it turns out, the woman is Noah’s younger sister, Yelena. And while she’s not as famous as her brother — the All-Star center who practically willed the Bulls to victory Saturday — she hasn’t done too bad for herself. Yelena is a model, following in the footsteps of her mother, Cécilia Rodhe, who was Miss Sweden 1978. Rodhe’s ex-husband, Yelena and Joakim’s father, is the former French tennis star Yannick Noah.
And while Joakim is known for his incredible energy and on-court antics, his sister has a much different demeanor.

Would you smash or pass? 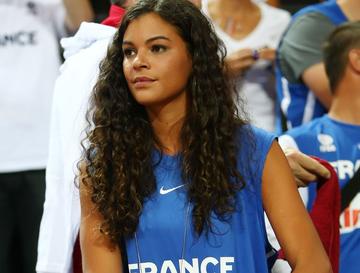