Home Games Why Game Design Is Awesome: Top Reasons That Will Change Your Idea... 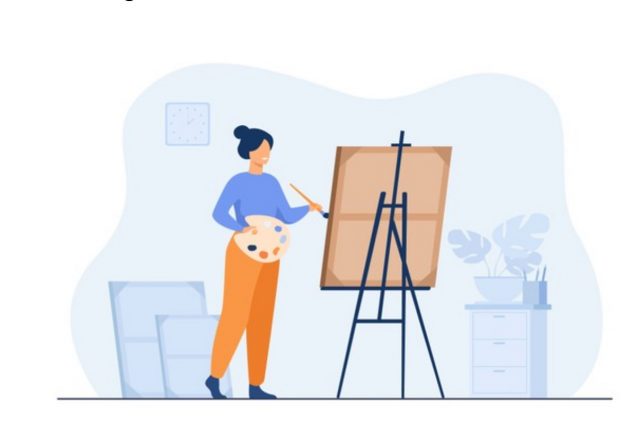 It is interesting, but until now the question of how to start game design for some reason continues to be associated with game art. Perhaps the whole thing is in the ambiguity of the word design, or maybe in people’s reluctance to understand art and design are two different things. Art is the visual component of the game, that is, all the graphics: characters, environment, objects, and so on. Design is a thoughtful concept of the game in every detail, from the genre and the plot to the physics of the game world, mechanics, and description of the requirements for the prototype. And you guess – that’s a job for the developers, who have to turn the idea into a product.

There is an opinion that character design or video game environment design is beyond the control of people who cannot draw. The designers don’t need to be artists, so they can create and designs an attractive game. Here you can argue and consider different options. But what about game design? Where does this huge respect for the work of game designers come from? Why are they often described as almost the leaders of the entire game-making project? Let’s figure it out.

No matter how banal this statement may sound, many do not understand its essence. Of course, the game is not created by one person. A huge team is working on it, and the result depends on its cohesion. But the team works in accordance with a kind of instruction, a guide that fully describes the essence of the future game. And this guide is created by the game designer.

In that team, you will find a lot of smart and creative people. If they work separately, they probably won’t come with such a great product. The invention of one game is a long process of collecting ideas, making sketches, developing a test version of it, and then start promoting the product.

Game designer benefits, first of all, are that this person has great freedom in creating the concept of a future game. They research the market, study successful and failed cases, choose the best mechanics and formats, and wrap their ideas in the best wrapper that will be created by artists and programmers. Of course, game designers discuss their ideas with producers, directors, and leads, they are open to dialogue, they can change, correct or add something. But the last word remains with them. And this is a fantastic power that you need to be able to use wisely.

Games are not always about entertainment. Many projects, especially indie ones, are filled with multilevel layers of meanings that help people overcome life problems, survive depression, and find answers to important questions. Some puzzle games are meant to help people who suffer from stress and anxiety, or a bad night’s sleep, to overcome it, with help from an app on their phone, who is stimulating the nerves and keeps the healthy balance in the body.

The ability to distance people from their problems and show them from the outside in the virtual world is an amazing psychological technique that can work much better than any psychologist or antidepressant drug. Due to the fact that the game is interactive and the players make decisions that influence its outcome, they are completely immersed in the plot and unconsciously project it onto real life. Surely, we don’t want to spend hours on our phones, trying to get some nice score on a game, but if we take control over how much time we spend on our smartphone, and how we use that time, these games can be pretty helpful, and our “thank you” this time goes to the game designers.

In addition to psychological problems, games can be excellent tools for learning, training, and even preparing for space travel. The task of the game designer is to present the game in such a way that it can go beyond the limits of the monitor and have a direct impact on a person’s life. And this is not only possible but it is also realized and helps to improve the world and help people. You’ve surely tried at least one game that boosts your productivity or trains your brain. In order for it to work as needed, the artist – or in this case the designer – had a full hand of job to collect enough data and get an idea of how to incorporate all of that in a product.

After the first part of the game designers’ work is over and the game design document is created, their work does not end – that’s the beginning of the development phase. Working on a game cannot be rigid and static. It is constantly moving, filled with updates and alterations, questions, and discussions. The game designer controls this entire process, makes timely adjustments to the work of various specialists, and ensures the integrity of the game image that was originally approved. The original idea is not always the same as the final product, since during the development phase every team member, including the designers, can come with ideas for some improvement, and use that in the project. But, the whole project will be unable to start if this particular person wasn’t there from the beginning.

Without a game designer, the team’s work will be fragmented. Each specialist will follow his or her own creative impulse, which can lead away from the main idea. The game designer is a kind of balance keeper who helps team members to follow the right course. Just like in every team, no matter what type of business we are talking about, everyone has their role, and they need to stick it to their task. But, collaboration is essential, and in many cases, the designer is the one who is running the project and decides to make changes and improvements, if the process requires it.

Game design is a limitless space for experimentation and the implementation of incredible ideas. People who are passionate about their work are able to create not just games, but masterpieces of art that can pierce the player through and through, penetrate the soul and touch more than any film or book. Getting back at the beginning of this article, when we said they aren’t really artists, we meant they are practically magicians to have such ideas and start a project that will bring them into reality.

Sometimes, some games look poor, and that may depend on the contract and demand of the developing company or the budget they have. But, serious gaming companies are always dedicated to the quality and know exactly how important this person is for their team. But, still, there are those who think they can do all of that by themselves. That is why, despite a large number of mediocre games, the industry lives and develops. And so it will be as long as there are those who by the power of their passion and skill keep it afloat.

Developing a game from scratch can be a daunting task if you don’t know where to turn. Sometimes, you will need more professionals to help you, because some things aren’t meant to be done alone. We advise you to contact the game design company kevurugames.com for a professional approach to the whole project. This company knows and loves its business very well, so you can completely entrust it with the creation of your game or individual art elements. You can hire any company around you, as long as you get along with the ideas, and understand each other.