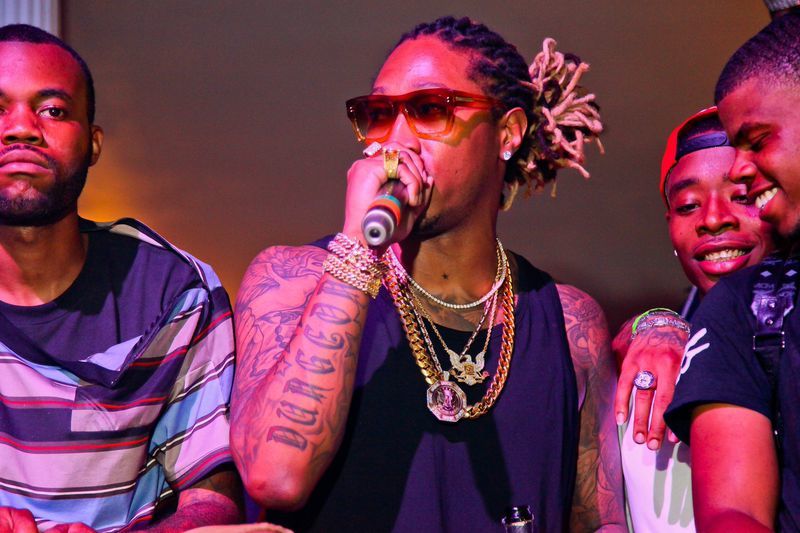 Over the weekend in Atlanta, Future and Yo Gotti celebrated Father’s Day at the official Atlanta Birthday Bash after party presented by Hennessy V.S at Mansion Elan.

Future hopped on stage as soon as he arrived and performed four of his hit songs including, “Trophy,” “Move that Dope,” “Honest,” and “Turn On The Lights”. After his performance, the new dad was spotted taking photos with fans and sipping on Hennessy V.S cocktails.

Earlier in the evening Yo Gotti performed his hit records “Yayo,” “Act Right,” and “I Got Dat Sack”. Other celebrities in attendance included Boxer Adrien Bronner.