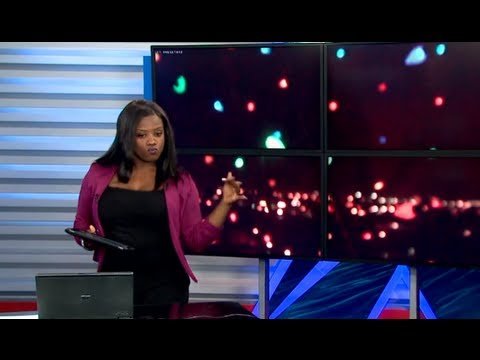 Fox 40 news anchor Tia Ewing was working at 4:15 a.m. on on Friday — but keeping things upbeat even during the late hour. When the station cut to commercial break, Ewing was caught dancing to Beyoncé’s “Single Ladies.”

“I gotta get it where I can get it,” Ewing said on-air in a later segment. “I just didn’t know the camera was rolling.”

“That’s really who I am,” she added, when her coworkers replayed the clip. “I’m crazy.”

Ewing posted the video on Twitter over the weekend, writing, “They caught me, BUSTED! Let’s hope this doesn’t go viral.”