Home Plants What Is the Difference Between Cactus and Succulent Plants 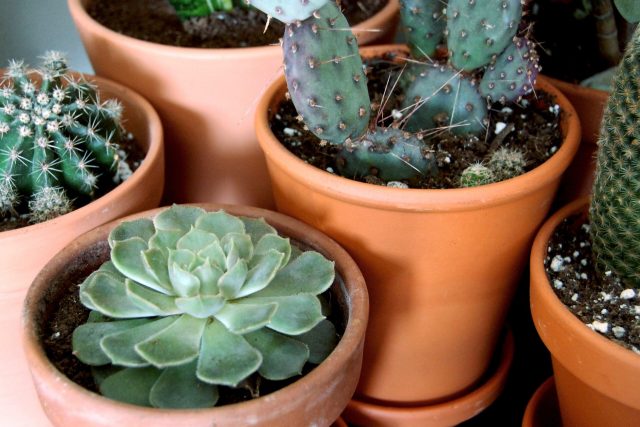 People often confuse succulents with cacti, but we can’t really blame them as these two different types of plants have many similarities. However, knowing what’s right is important, especially if you are someone who wants to learn more about plants or you’re planning to work something that relies on you knowing this information. Before we get into explaining we need to point this very important thing out.

All cacti plants fall into the category of succulents, but not all succulents are actually cacti.

Now this may be confusing, and it probably is for most of you, but worry not because in today’s article we’ll do all the necessary explaining so you can earn quick and easy. Let’s take a look at what you need to know.

The most common “mistake” people make when trying to identify cacti plants are looking for the ones with spines. Although that’s what almost anyone will tell you, it’s not exactly the most accurate way of doing it, and here’s why.

Many different plants other than the ones in the cacti group have spines. Also, some cacti have just a few or no spines at all. So if you are trying to identify them by this, you can end up making a mistake. However, there is a fool-proof way of doing this, and we’re more than happy to tell it to you.

The foolproof way of identifying these plants properly – Look for areoles

Leave the spines on the side and start looking for areoles, since that’s the most accurate way of identifying a cactus. Areoles are pretty small but if you are able to get a good angle and close in on the plant when observing, you will be able to spot them. They are dark colored “bumps” located on the surface. If you look closely you’ll notice that this is in fact where the hairs and the flowers come out of when starting to grow. In conclusion, if the plant is a cactus it has to have areoles on the surface. If not, then it’s simply not a cactus. You won’t go wrong with this method and it’s really simple as well. Let’s move on to other key points now.

How to recognize succulents – What to look for?

Knowing that the term “succulent” originates from the Latin word “succulentus” will help you remember this much more easily. Why? Because the word succulentus means “full of juice”, which is exactly what these plants are.

For example, you are probably already familiar with the Aloe Vera plant since it is being used so much and so commercially for various cosmetic and beauty products. The Aloe Vera plant contains a solid amount of gel inside its thick leaves. But, how does this help us learn how to identify things?

You see, succulents are known for their ability to store and contain water in their leaves, but not only there. Water in succulents can also be found in the roots, the stems and the arms. This is why they are able to survive for a long time without being watered by someone or in harsh environments where rain is almost non-existent.

A common thing people do when separating cacti from succulents is trying to distinguish which plant has the “softer” look, and that’s usually the succulent. Cacti have tough skin and they look bit rougher. If a succulent doesn’t have any of these things we just mentioned, then you cannot consider it a cacti. If you are interested in purchasing a succulent for yourself, or simply taking a look at how different examples of these plants look like, Succulent Market is a website where you can learn some more.

Other cool characteristics of succulent plants regarding their water-saving abilities

Succulents are pretty amazing because they can withstand things that other plants simply cannot. Here are some of the most significant “abilities” succulents have:

Some plant experts categorize both cacti and succulents in one group, saying that they shouldn’t be separated due to the many similarities they share. Others however, say that those few differences are enough for them to be separated entirely. What we’re trying to say is that there’s no right answer for this particular question, as there are two sides and both of them are pretty equal with their voices on this subject.

There are similarities when it comes to taking care of succulents and cacti plants, so some of the things that you need to do in order to keep a cacti alive applies to other succulents which are not cacti as well. Direct sunlight exposure at least six or seven hours per day, higher temperatures and low humidity, as well as some watering every now and ten depending on the exact type of plan you have. Overwatering these plants will do more harm than good, so be careful when doing so. During winter, they don’t really need much watering at all.

There are many similarities between cacti and succulents, but they are still not exactly the same thing, even though some plant experts suggest on it. In today’s article we formed a quick guide that will help you distinguish these two different groups by recognizing some of the key differences simply by the looks of the plant. We hope that we were helpful enough and we’re thankful for the time you took to read this piece. 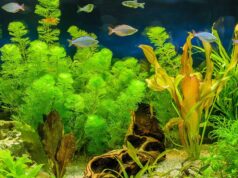 Why Do Aquarium Plants Die?