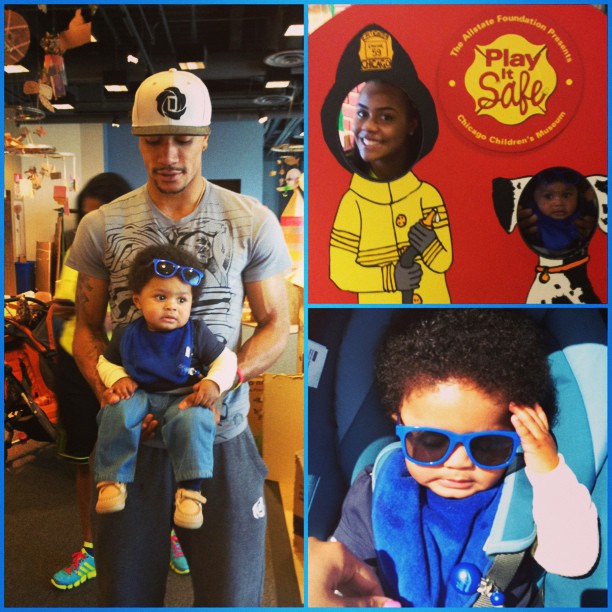 Derrick Rose was recently spending some quality time with his adorable son PJ. DRose’s girlfriend Mieka Reese was also in the mix.

In other DRose news,  one irate fan is suing him for missing the current NBA season stating that this led to his mental depression and obesity. A 25 year old Peoria Illinois man filed a lawsuit Thursday against Chicago Bulls Superstar Derrick Rose. Matthew Thompson, a self-described long-time Bulls fan, and electrician claims Rose missing the entire 2012-2013 NBA regular season has caused him to have mental breakdowns and emotional distress, which ultimately led to obesity issues. Thompson claims Rose was negligent in refusing to return despite being cleared by team doctors which led to his current health issues. 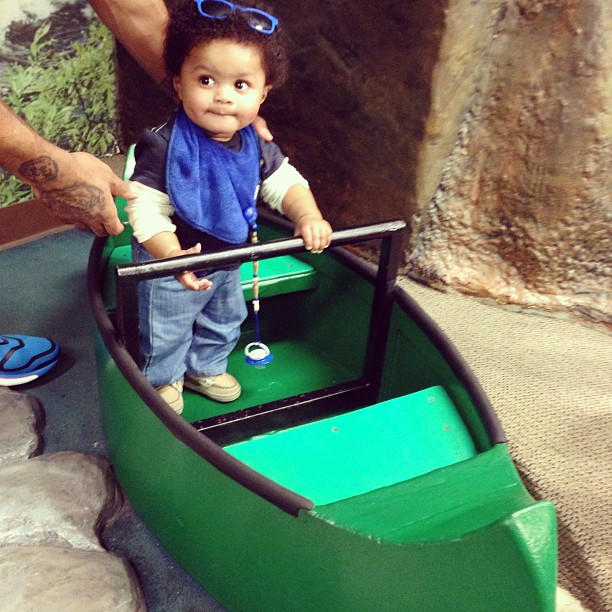