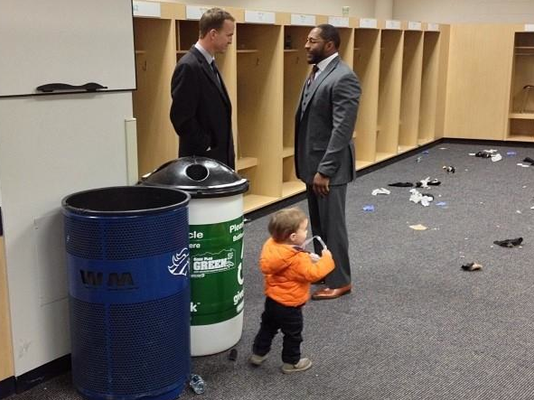 Check out this classic photo measuring of both athletes. Two of the all-time greats — one on the highest high of his career, another at the lowest low — just talking football.

Manning and Lewis exchanged postgame words on the field too. Lewis was giving a scripture-spouting interview to CBS (he makes Kevin Garnett sound introverted) when Manning approached and congratulated him. The linebacker appeared sincerely touched by the gesture and let Manning know it by giving him a slap on the helmet. Only, the slap was from Ray Lewis and he was really hyped, so instead of a tender, “good job, bro” slap it became a vicious Harbaugh-on-Schwartz type of congratulations.