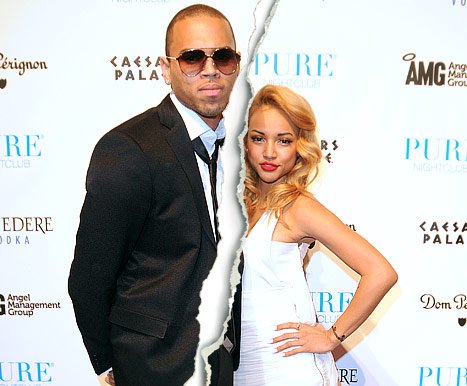 Chris Brown just went on Instagram and calls out ex-girlfriend Karrueche Tran exposing Threesomes and he even mentions Drake.

We’ve got scars, some of them u gave me, some of them I’ve caused. That ride or die act we have been fooling the world with obviously ain’t working. I was locked up for damn near 4 months and only got 1 visit from you while u was hosting parties and taking secret trips to Toronto, going on dates with Drake! When this relationship first started u knew what it was and even participated in threesomes. I slowed all that shit down. So let’s not try to save face for public opinion because I don’t need to play victim so people can take my side. All these celebrity n*ggas ain’t shit and focus only on themselves. I made it clear to the world who my girl was and made your life equal to mine even at the cost of me not focusing on my career at times. So miss me wit the bullsh*t. Now yall know the real. 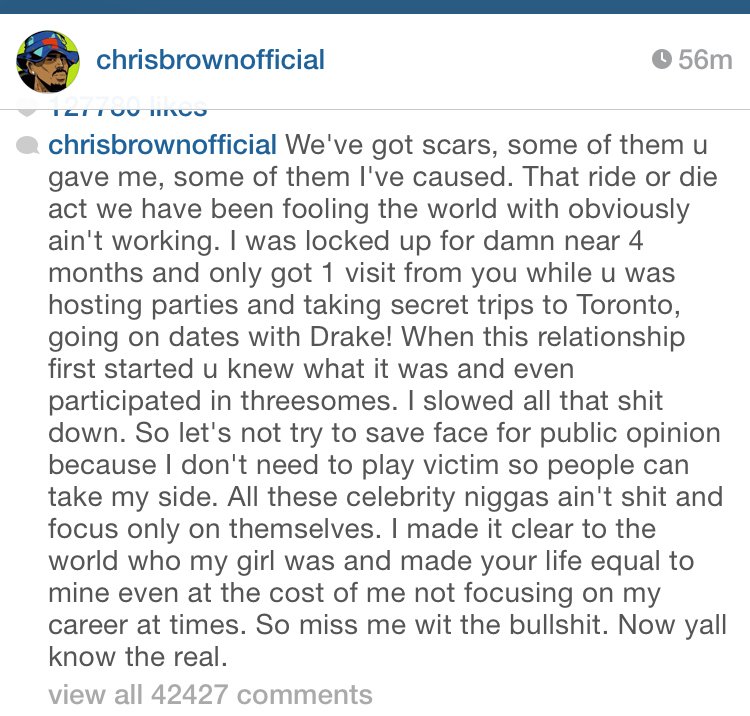 Karrueche Tran must have found her “New Flame” while Breezy was lock up. Thoughts?