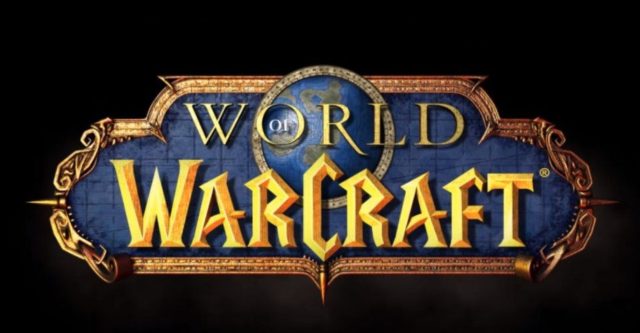 World of Warcraft is a 15-year-old game yet one of the most liked ones. World of Warcraft never lost its hype among the gamers even though it is relatively an old game. It kept on evolving. Blizzard Entertainment (game development company) is behind this masterpiece. They continue to add new expansions and content to keep the game more interesting and entertaining. There’s no doubt that almost everything, from game mechanics to impressive visuals, is well-designed. However, different players may have different likes and dislikes regarding the game.

In this article, we’ll be looking at some of the most liked and disliked things about WoW. In addition to that, we will also share a tip/secret to reach top rank and get those titles you desire.

Without wasting any time, let’s get started!

Here are the best things about World of Warcraft that players liked a lot.

The most salient thing about World of Warcraft is its storyline. It is about the story of Azeroth (a dangerous yet beautiful world). Conventionally, the story revolves around good and evil along with the origin of a universe. However, it keeps the player engaged right from the beginning. The proper intro and the well-designed visual graphics portray the right meaning of the story. With each introduction of expansion, the story extends having a connection to the main story plot.

The perfect written dialogues combined with the matching music create an exceptional atmosphere in the game.

2. Mighty Villains to fight with

One thing that players liked the most about World of Warcraft is its long list of creative and ferocious villains. World of Warcraft fans showed appreciation to the developers for the villains in the game as they lived up to their hype and potential. Blizzard added much variation as some villains are quite easy to defeat while some are strong enough to withstand the mighty Champions of Azeroth.

In addition to the main game, the major expansions also include several awesome villains that players get a chance to fight with.

3. Big Maps and their design

The exploring element becomes exceptional in World of Warcraft with immersive and detailed maps. In the beginning, 40 original zones (maps) were featured that are constantly expanding, always leaving new things for you to find out. Art designers used their finest capabilities for the zone designs making everything elegant and clean. They made it masterfully and left no stone unturned when designing the maps, Moreover, the design of the zones is self-explanatory.

One thing that made the players addicted to the game is the constant addition of the expansions. With the expansions comes the new zones, extended-storyline to the original game, weapons, characters, and many more. In short, the game continuously throws new experiences to the players to keep it interesting for them

The World of Warcraft features 8 major expansions. Moreover, the 9th official expansion is under development.

It is one of the most popular aspects of World of Warcraft. Over years, Blizzard improved the dungeons count and the dungeons themselves. The recent expansion, Shadowlands, features a total of 8 dungeons. The new dungeons are carefully designed and are challenging at the same time. It’s an absolute delight to play with your friends and complete those dungeons’ challenges.

The following are the worst things about World of Warcraft.

One thing that players complained about World of Warcraft is that there’s no significant change in the gameplay mechanics. Even with the whole new expansions and zones, the basic game elements and the gameplay is repeating. You still need to do the same old tasks in the recent expansion just as in its predecessors.

2. Long grinding to reach the top

Although, extensive and demanding challenges result in more interest in the game. The WoW revolves mainly around your progress using the character of your choice. However, some quests are way too long so you need to grind for much too long to achieve the max level which will eventually make you exhausted. It would be better if the starting quests are short and get longer gradually. Alternatively, you can use boosting to achieve your dream rank and be good at WoW. Moreover, you need to visit this site to have different items like gold to get the most out of the game.

3. The never-ending dirt and darkness in some zones

Another problem associated with World of Warcraft is its dark and dusty zones. Sometimes, it becomes difficult to see in the dark which makes players annoyed. Currently, there’s only a single zone featuring the dark world (Bastion). However, players don’t like to spend much time roaming around the dark without any directions.

4. The Quests are not up to the mark

In the recent World of Warcraft expansions, the quests and their designs are not up to the mark. They sometimes even feel bored. It is still all about finding and traveling around the zone to complete a certain quest. This leaves players with a less challenging environment. It looks like the quests are not designed for more professional WoW players as they are pretty straightforward. Even a player with no WoW experience can do them easily.

5. No Addition in the PVP mode

Players mostly liked the socializing aspect of WoW. For that, the most played mode of this game is PVP. In this mode, you play as a team against another team in the form of duels, battlegrounds, world PvP, and Arena matches. Even after the 8 expansions, there aren’t many changes to the PVP mode.